About The Terrace Inn

The Terrace Inn and 1911 Restaurant- was built between 1910 and 1911, opening in June of 1911.  Proprietors William J and Josephine B. DeVol lived in Lebanon, Indiana where Mr. DeVol was a banker. William purchased the Inn for his wife to manage, as in those days, women could not own property.  Daughters Beatrice, Virginia, and Cordelia worked here until the passing of their father in the 1940s.
In 1926, the Green Lantern Tea Room was opened downstairs. This was popular until the 1940's when coffee became more popular than Tea.  An ice cream parlor operated here until the 1990's. Currently the tea room is a pet friendly apartment, retaining the vintage ice cream stools and character of the tea room.
Interesting fact: During WWI, The Red Cross used the Inn as a hospital and volunteers wrapped bandages for wounded soldiers.  It was referred to as the House Hospital.  Mr. Devol passed away in the mid 1940's.  The Inn shut down for the rest of that season. Mr. DeVol is the tall think man in the brown suit to the right and his wife Josephine is seated at the top of the stair case on the left. Note the long skirts and aprons worn in those days.  There was no air conditioning, TV's, WiFI, and guests chose the American Plan (includes all meals) or the European Plan (ala carte meals) and stayed entire summers, attending all Bay View had to offer.

The Terrace Inn is known to have a haunted history. According to a well-placed rumor, the inn is haunted by the spirits of two workers who died when a beam fell on them during construction work. Ghosts have been seen, heard, and felt by several guests and employees.

Many paranormal investigations have taken place here while the psychics, sensitivities, and others with extrasensory abilities have filled in the missing pieces of the spirits inhabiting the inn.

We do not want you to worry as no strong references for the paranormal presence, or other negative experiences have been observed. However, if you tend to live dangerously, we recommend you stay in Room 211, which, at times, has had "unusual activity."
BOOK NOW

Featured on the News: Inside the Haunted Terrace Inn

"All the accounts are similar, written from strangers over a span of 25 years experiences ranging from seeing shadows of a man, hearing footsteps, and the sounds of a party even when the hotel is vacant. "One night we were sitting right here with a group of women we had about 12 people and just as we started to talk the piano behind me started playing on its own," said Chris Struble, owner of Petoskey Yesterday tours." 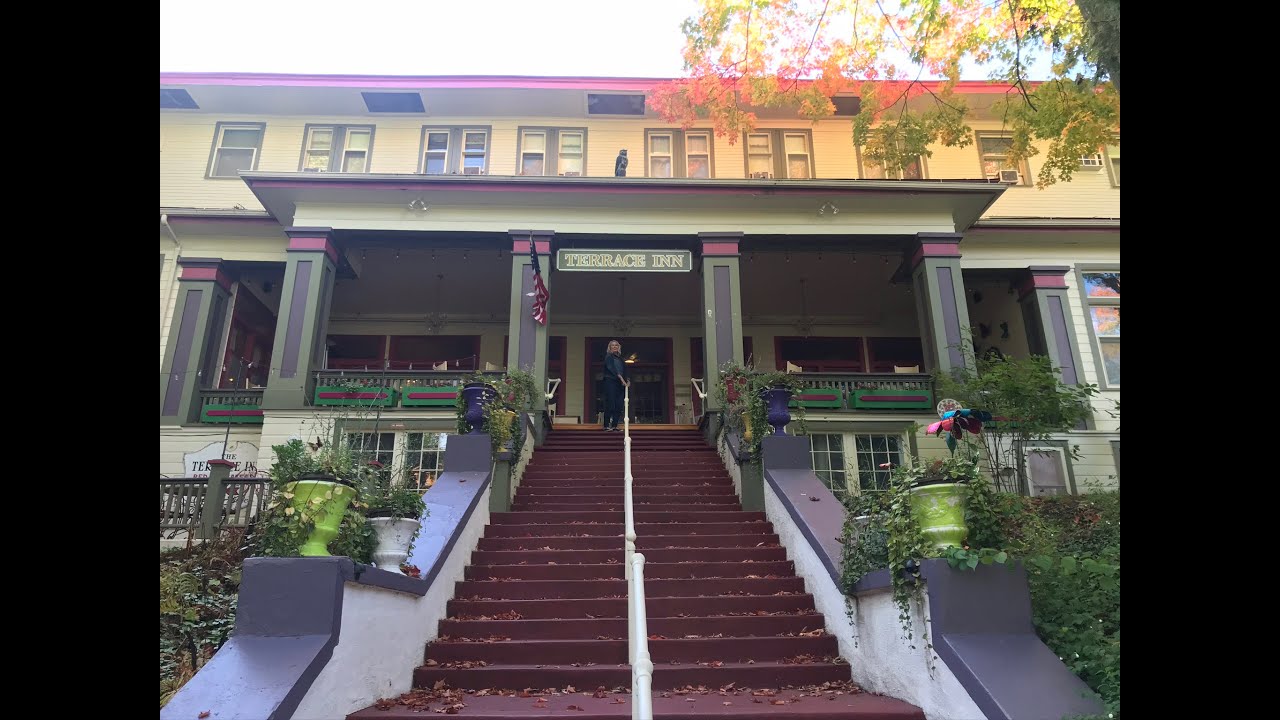